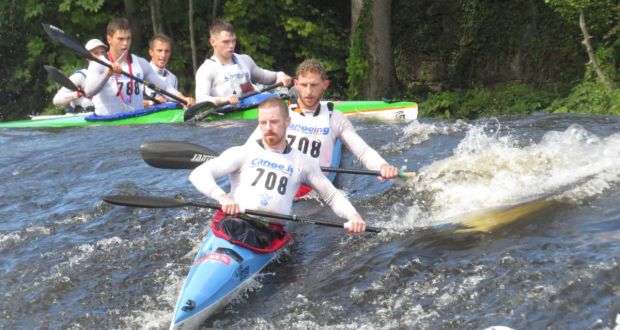 Youth had its day as the Liffey Descent celebrated 60 years on Saturday. In a terrific race at the head of the field, Ronan Foley (19) and Nikolai Thomsen(18) battled it out with experienced rivals Barry Watkins and Neil Fleming in the double kayak (open K2).

The teenagers – both racing in this class for the first time – took the lead with one kilometre of the 32 left and held on in a sprint finish to win in a fine time of one hour 46 minutes and 40 seconds.

Foley said the race, from Straffan to Islandbridge, had been “a war” and paid tribute to Thomsen, a Denmark international at junior level.

“He was the engine in the boat,” he said.

There was an edge to the contest, as Watkins had been sore about Foley being chosen ahead of him for the European Games earlier this season. “I’m not going to comment on it at this time,” Foley said. 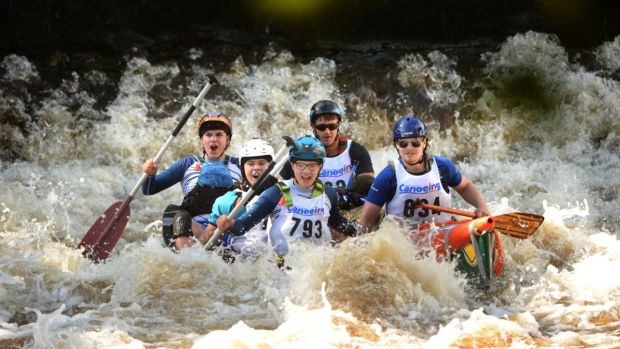 Jenny Egan completed a treble of titles in the mixed double. She partnered her fiance, Jon Simmons, to a win in a new best time – and they finished fifth overall.

Remarkably, it was his 44th consecutive Liffey Descent.

Outdoing them all, in the bright sunshine and on a good flood of water, was Iain Maclean. He was competing in his 52nd Liffey Descent.