6. Rules of Assistance During the Event

8. Withdrawal from the Race

1.2 By submission of an official Liffey Descent entry form, it is considered that entrants and support crews are acquainted with all the Race Rules. In consideration of an application of a penalty, it will not be considered a defence, an excuse, or mitigating factor that an entrant or support crew member was unaware of the existence of a rule

2.2 The Race Coordinator will advise competitors of any additional rules or amendments to existing rules either (1) by social media, (2) by announcement on ww.liffeydescent.ie, (3) by email directly to the registered competitor, (4) by announcement at the starting line or any combination of the above.

2.3 The Race Coordinator is empowered to limit the number of entrants in specific classes if deemed necessary in the interest of safety. If this right is implemented, entries will be accepted in the order they are received within the respective classes.

3.1 All entries must be submitted by an official entry form available through the Canoeing Ireland database. No entry will be accepted otherwise.

3.2 Entrants must enter a class based on the dimensions of their canoe/kayak as defined in the class definitions available in the Boat Classes section of this website and on the entry form on the Canoeing Ireland database.

4.1 Competitors under the age of 18 years by the 1st of January of the year of the competition are considered Juniors.

4.2 Parental or legal guardian consent must be received by Canoeing Ireland to compete in the event forms available on request.

4.3 The Junior competitor must be currently registered as a member of Canoeing Ireland or a current registered member of a recognised National Canoeing Federation.

5.1 All competitors must ensure that their allocated Race Numbers and the International Liffey Descent Logo are visible both on their Race Bibs and on the front of their craft.

6. Rules of Assistance During the Event

6.1 Receiving assistance from any craft in the race is unpermitted except in the instance of capsize, First Aid, real danger or threat of safety to a competitor.

6.2 In the event of a capsize, competitors may be assisted from the water and receive assistance in emptying their craft in preparing for re-entering the race but may not be assisted in any other way except in the instance of real danger or threat of safety to a competitor.

6.3 Assistance by any competitor during any portage will result in disqualification of all competitors involved unless (1) a competitor makes a prior agreement with the Race Coordinator to receive assistance from designated helpers or (2) in any instance of First Aid, sustenance, change of clothing, help with repairs, replacement of faulty or damaged equipment including paddles (but not the replacement of the craft itself) or (3) in the instance when any competitor assists in the case of real danger or threat of safety to another competitor.

6.4 Wash hanging from any non-competing craft is not permitted.

7.1 In all circumstances, any competitor seeing another competitor in real danger is compelled to render all assistance possible. Failure to do so may result in disqualification of future races.

7.2 In all circumstances, any competitor or support crew member who deliberately obstructs assistance to any competitor by the Rescue Teams or deliberately inhibits the safe operation of the Liffey Descent is liable to immediate expulsion from the race and possible disqualification of future races.

8. Withdrawal from the Race

8.1 Any competitor withdrawing from the race for any reason is required to notify a Race Official at the finish as soon as possible.

9.1 To ensure adequate safety cover, competitors arriving later than the designated times as detailed in the Pre-Race notes at Leixlip Portage or Wren’s Nest Weir will be considered to have retired from the race as Rescue Support will have been withdrawn at the times specified in the Pre-Race Notes.

9.2 The Liffey Descent will be considered finished at 17:00. All Rescue Support and time keeping will cease at this time. Any competitor arriving at the finish after 17:00 may not be timed and may not appear in the final results.

10.1 CE or US Coast Guard approved buoyancy aids must be worn by all competitors.

10.2 CE or US Coast Guard approved helmets are mandatory for K1 Class B, K1 Class C, T2, Canoes and under 18 paddlers in all classes. Helmets are highly recommended to be worn in all other classes.

10.3 Scrutineering will take place at a designated time in Lady Castle Car Park in the grounds of the K Club on the morning of the race. Competitors failing to present their craft and equipment for scrutineering will not be allowed into the Start Area.

11.1 There will be no right to protest against a refusal of entry.

11.2 On the day of the Descent, the right to protest something other than refusal of entry lies solely with a competitor who may consider themselves aggrieved or affected by any decision or action by an official, competitor or other person connected with the Descent.

11.3 Each protest incurs a €50 fee, which is refundable if the protest is upheld.

11.4 Protests should be lodged in writing on an official protest form and accompanied by the €50 protest fee directly to the Race Coordinator as soon as possible after the occurrence but, in any case, not later than 16:30 on the day of the Descent.

11.5 All protests will be heard and adjudicated on by a Protest Committee consisting of the Race Coordinator, a representative of Canoeing Ireland’s marathon committee, a  and a Canoeing Ireland staff member and an additional appointment independent party. 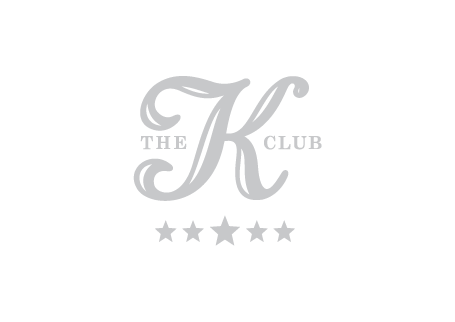