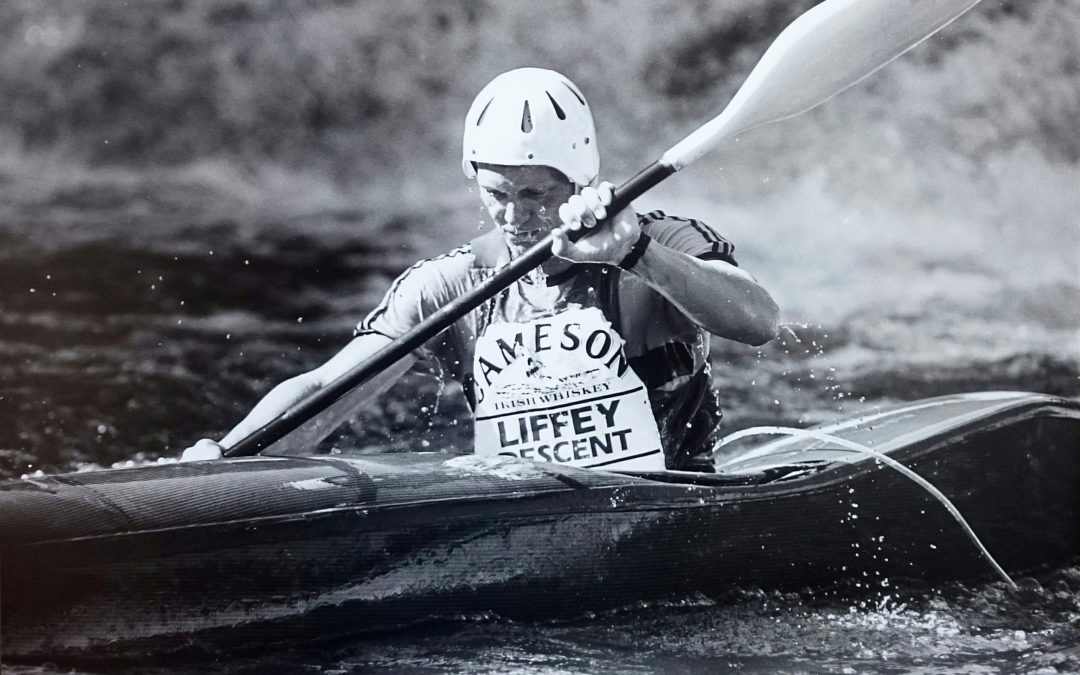 WITH water levels quite respectable, thanks to a summer’s rain and the usual generous flood courtesy of the ESB, the biggest danger to paddlers at Saturday’s Jameson Liffey Descent was commentator, Tony Martin.

Perched above Straffan weir just after the start of this 17.5 mile river odyssey, all Martin had to do was mention a person’s name.

That condemned the unfortunate victim to an immediate crash, loss of paddle; disappear under their boat and sometimes all three at once.

“Here’s comes one of the first women uh huh, maybe I shouldn’t have mentioned her name!” he told us, as Lucy Hardy from Kidderminster in England took an early swim.

When he announced that the wildwater boats were on the way and that these were virtually unsinkable, just bouncing over the weirs, everyone knew what to expect.

Eventual winner Michael O’Meara made it with all the aplomb of a four-times previous winner, as did former world slalom bronze medal winner Shane Kelly.

Others ? Well, at least it gave the 20 or so divers on rescue duty something to do.

Not even the experimental half-raft Euro Kayak, steered by Dublin paddlers Cian Duggan and Eoghan Ryan could escape the Martin Curse.

“I was checking out this prototype boat before the race and it looks very impressive,” said Martin. Need we say more?

Fortunately, the likes of Alan and Ian Tordoff were already moving so fast they were immune to the Curse of the Commentator.

As it turned out, the men’s K2 race proved remarkably uneventful. The Tordoffs lead over Straffan followed by fellow English men James Block and Jimmy Block and Melvin Swallow with Joel Wilson and that was how it remained all the way to Islandbridge.

The battle for the men’s K1 title was closer.

Three times previous winner Malcolm Banks and defending champion Fergus Cooper, both from Co Kildare, were locked together until the final big weir at Palmerstown, where Cooper did a bit of a spin.

And that was the last Banks saw of him until after he had wrapped up his first title since 1992.

With few women to push her, eight times winner Michelle Barry from Leixlip made it her business to keep up with the lads.